Hi, I was a little confused when watching your videos, you say to use dew point for superheat, and bubble point for sub cooling. 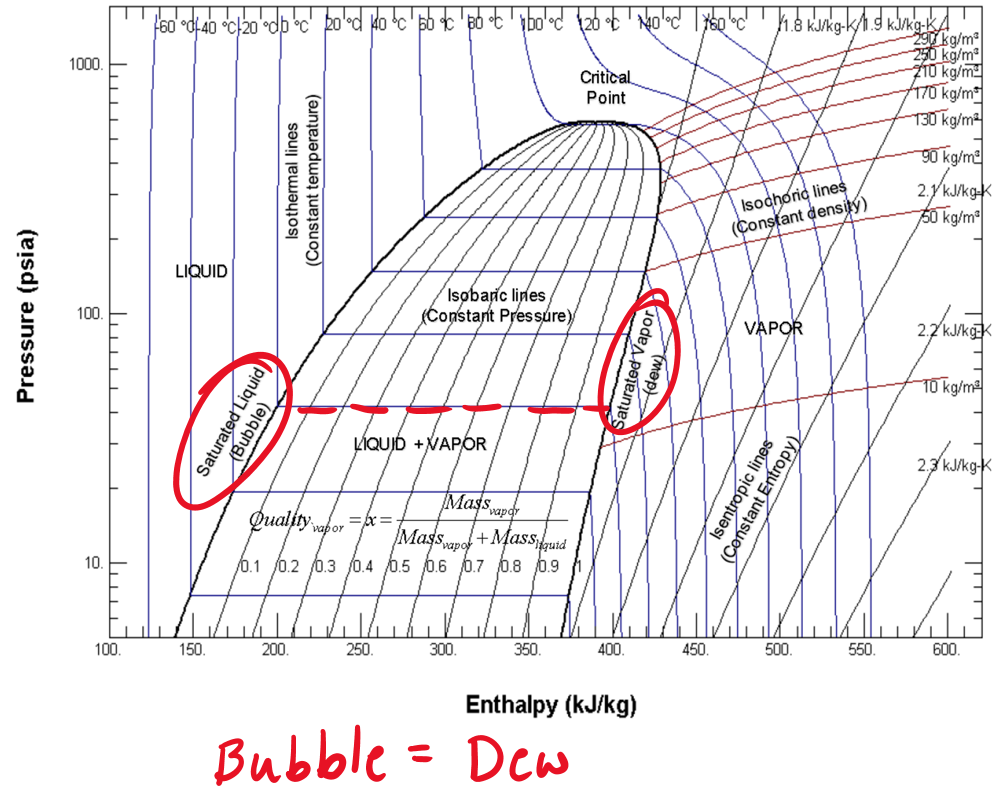 For blends, there is a temperature change that occurs during the phase change – this is what’s referred to as “glide”. It could probably be an entirely different post explaining glide but the basics of it is that each of the constituents have different boiling points that are all fighting each other during phase change, and as some of the constituents become less and less liquid and more and more vapor, their boiling point has less and less influence on the actual saturation temperature of the refrigerant blend as a whole. Because of the glide, the bubble temperature DOES NOT EQUAL the dew temperature. To illustrate how blends are different, using the PH-diagram below if you draw a straight line (constant pressure) line across the saturation dome, you see that the constant temperature line is not horizontal but actually slopes down. By the time the refrigerant blend reaches the dew point, it’s almost at the temperature at the next highest constant temperature line. This illustrates how refrigerant blends with glide come in colder and then have a temperature rise as the refrigerant boils off. The same thing is true on the condenser side, but opposite. 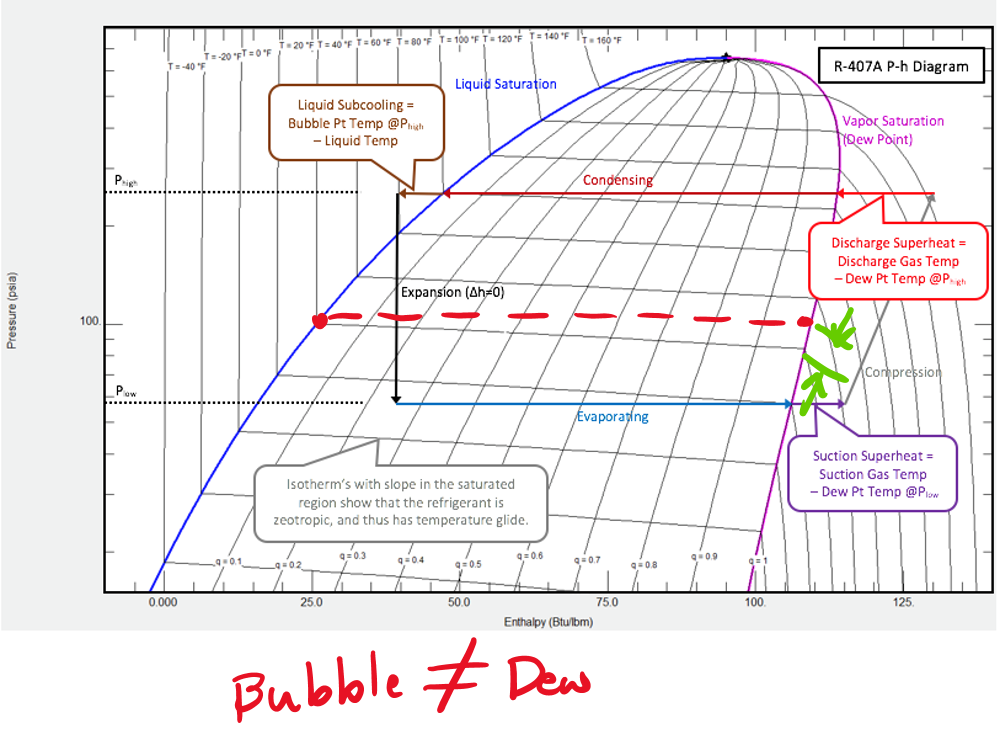